Amongst all of the Midlands Meander sites, Millgate Cottage was unanimously elected by the clan leaders to officially introduce Boggles to Balgowan. Perhaps it was the obvious choice for the Boggles to set up a colony here as the animals they love, dogs in particular, are in abundance. Placing their colony in the woods above Millgate Cottage, means that they are frequently visited by many species including bush-buck, duiker and warthog. It also put them as close neighbors to a pack, nine at the last count, of dogs cared for by Chris and Candi Moon.

Never before, have Boggles been seen in the KwaZulu Natal Midlands – in fact we believe the Millgate Cottage colony is the first ever seen in South Africa. Where did they come from? No one knows. The Boggles themselves are not saying. Perhaps it is the fear of being unveiled as illegal immigrants that prompts them to remain silent.

Our research into Boggles reveals that these peculiar creatures have earned themselves a bad reputation elsewhere. It is even claimed that, as distant cousins of goblins, they are mischief-makers, but it must be emphasised that Boggles have no relationship with those nasty creatures, Boggarts. The worst we found out about Boggles is that they are accused of ‘boggling” horses, hence their name. We are sure their reputation is unjustified, but perhaps we are biased because we have no horses at Miligate Cottage. What we do know is that they are helpful to both animals and humans. For example, the residents of Millgate Cottage have witnessed Boggles leading a lost mole, who had mislaid his dark spectacles, back to his underground cavern.

Some call Boggles ugly creatures because of their extra-long noses. However, their extended nose-length enables Boggles to sniff out animals in trouble. They have big feet to enable them to negotiate uneven terrain, and their big hands gently carry baby animals that are too small to negotiate the landscape. Their extra-long arms can encircle those who are sad, enabling them to receive loving hugs. Their short, stubby legs allow them to move, unseen, through long grass lest a predator spot the lost animal that they are guiding.

With long, unruly hair and beards, there is no mistaking the male Boggle. You will rarely see a female Boggle, who shares the long hair, (but with no beard), as they are shy and retiring. Their main task is tending their family, but, in an emergency, Mrs Boggle will leap into action nursing a sick animal or returning a stray to its family.

All Boggles, men, women and children use leaves, often cabbage leaves, as hats to protect them from the scorching South African sun. Leaves provide the only colour in their clothing, as it blends with the natural vegetation. Boggles are earth coloured and apart from their hats, the clothing they wear is earth coloured. This makes them particularly difficult to spot, which like many creatures that may fall prey to predators, is what they want. In the case of Boggles themselves, their main predator is birds of prey.

Boggle children, like all children, are naturally naughty especially Boggle boys who like to play tricks on humans. Their main trick is to take something a human is using, and put it in a different place. Next time you are busily working, and find that a tool is no longer where you left it, listen hard, and you may hear some giggling behind you. If this happens, you will know for certain that Balgowan Boggles are close by.

Animals love Boggles, and they love animals. So much so that most of their days are spent amongst animals often guiding them to places of safety. But it’s not only animals that they help, when they feel it necessary, they help people.

Because of their close proximity, the people they help the most often are Millgate Cottage visitors and residents. Jean and Ben, known by the Millgate Cottage staff as Granny and Grandpa, no doubt because of their advanced age, are just two of the people they have helped. Late one evening, Grandpa was driving his car back from a delicious wine tasting the couple had attended at the Wine Cellar in Rosetta. Already a little light-headed, suddenly the road ahead of them disappeared; it became invisible when a thick Midland’s mist descended. Granny was fearful, but Grandpa chuckled when a Boggle hopped onto the bonnet and beckoned him forwards. With his eyes glued to the bearded Boggle, and steering the wheel in the direction that the creature pointed, the couple at last arrived home safely. Overcome by gratitude, Granny offered to reward him, but without turning, the creature just disappeared up into the forest.

However, the next day, Granny wandered into Millgate Cottage’s circular garden, which is in the centr of the property. There she found that a large circle, outlined by stones, had been set out on the grass . At the centre of the circle was the wooden bowl, which she usually keeps on her dining room table; the bowl was filled to the brim with water.

Bamboozled, Granny sat down on the emerald green, baby-soft grass. How did her bowl move itself from inside the house and place itself in this space? Certainly, with little boy Boggles on the property, she was used to things being moved, but never before had something been moved such a distance. And why, when it usually contained fruit, why was it full of water? Then again, who had made such a perfect circle of stones? With the effort she was putting in to solve the puzzle her forehead was a maze of wrinkles. These she rubbed at with her forefinger.

After a few rubs, Granny spotted movement on the far side of the garden. Screwing her eyes into thin slits, she observed a procession moving towards her. First came the Boggle that had ridden on the bonnet of Grandpa’s the previous evening. He was sitting astride Hagan, Candi’s biggest dog. He was followed by a small duiker who, in turn, was followed by a mole, this time wearing his accustomed dark glasses. Next was a white goat that was visiting from neighbouring Swissland Cheese. The penultimate creature was a bush pig, and last of all, Arya, Candi’s scruffiest little dog who always looked as if she was sopping wet.

Forming a semi-circle around her, using his hands as a cup, the Boggle mimed drinking water. The duiker stepped into the circle and up to the bowl. Using his tongue, he lapped at the water. Each in turn the animals politely drank and then moved aside for the next in line. Last of all was Arya, who instead of gracefully lapping, plunged into the bowl. That was when Granny understood the message she was being given.

Lovely as it is, Millgate Cottage has no dam, no river, not even an above ground stream. Without water on hand, visiting animals, particularly the buck that come at night to eat the roses, go away thirsty. Midland gardeners know that it’s almost impossible to keep an immaculate a rose garden there, as roses are the favourite treat amongst buck. However, it is said that, eaten in quantity, roses cause severe thirst. The solution to the problem was, of course, to build a pond, which, with lots of help and despite Boggle youngsters moving the tools Granny completed in record time.

That was how the round pond in the center of the circular garden came into existence. At Granny’s request the team of helpers included a wooden bridge to makes it even easier for visiting animals to quench their thirst, and for people who visit the wishing well to walk across. Most nighttime visitors are animals, but during the day humans walk across the bridge to the spot where, in exchange for a coin, they can make a wish. We do not know if all the wishes are granted, but what we do know is that the collected coins are sent to local charities to help those with greater needs. 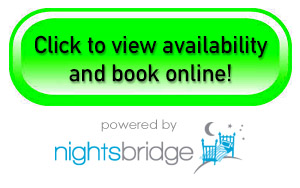